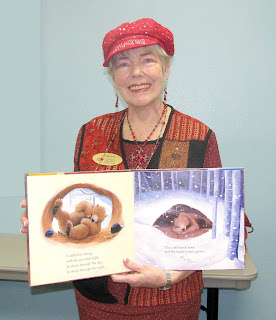 Saturday, April 16, 2011
Are you beginning to think I don't do anything but attend luncheons? Well, it's not true! I did want to mention that I spent some time at the Weatherford Library as a volunteer reading to first graders one afternoon. It was a lot of fun for all of us. I involved them in the stories and they really enjoyed interacting. One little boy confided as he left, "I'm going to be an author. I get top grades in reading in my class."
_________________________________ 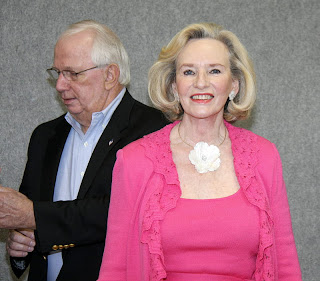 On April 1, 2011 The Friends of the Weatherford Public Library (FOL) held their Spring fundraiser luncheon with the guest speaker being Dolly Marting. Dolly is a huge advocate for the mentally retarded as she has two grandsons, now in their 30's, who are profoundly mentally retarded. She spoke of her experiences in getting them the kind of help and care they needed when they could no longer be cared for at home. Her speech was laced with hilarity along with the sobriety of the subject and she was well received by the audience. 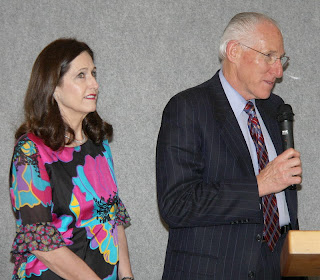 Major underwriters for the event were Linda and Drew Springer and Parker County Today Magazine. As you can see by the photos, it was a huge success. The monies go to help the Weatherford Library obtain services they might not otherwise be able to afford. In this economy, their state funding has been cut over $14,000 this year. 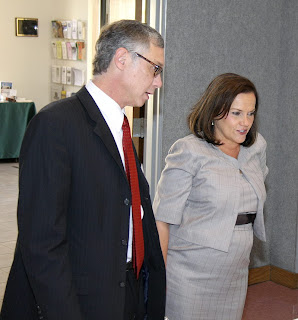 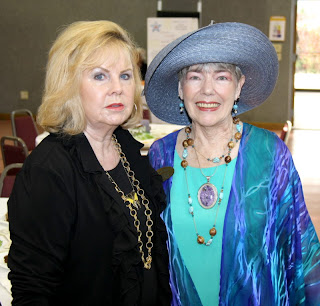 Shown above is Dottie Mills, President of FOL and Carla Kerr, Board Member 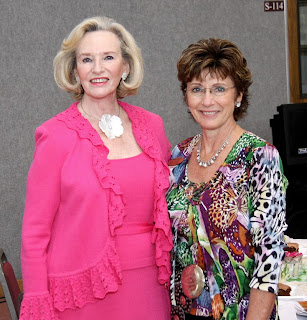 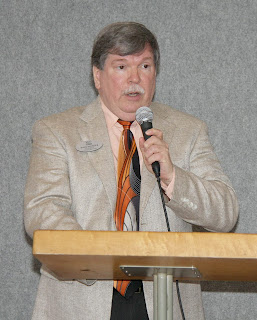 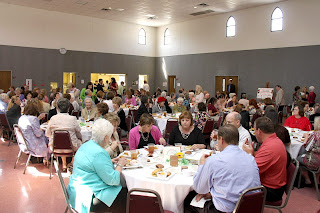 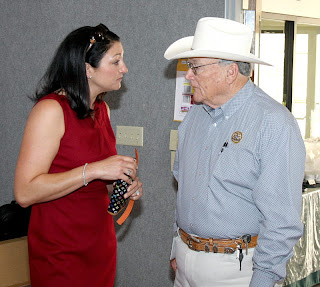 Amy Mercer, an underwriter of the FOL luncheon, in serious conversation with the Sheriff 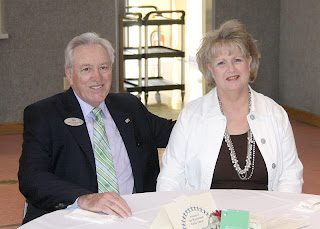 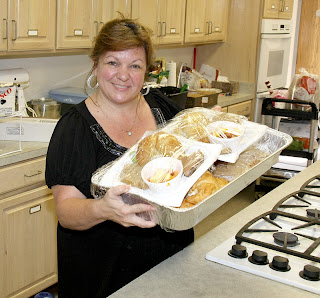 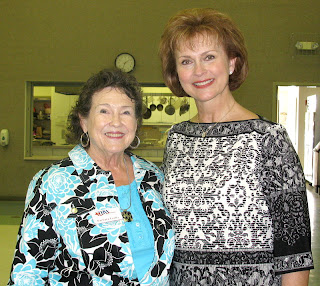 The guest speaker was Shirley Cothran (Barret), Miss America 1975 from Denton, Texas. She is an excellent speaker and even taught us how to do the "royal wave" which she learned behind the scenes in the Miss America Pageant. She related how she was first runner up the year before and this just made her more determined to win. Of course I had to have my picture made with Shirley.
Miss America 1975! 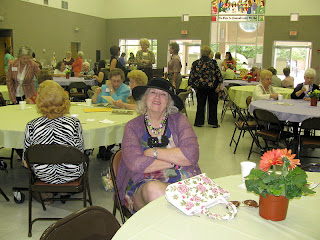 Attendee Patricia Rider proudly wearing her hat
This is all I have to say for now.

Posted by C C Crittenden at 5:24 AM No comments: