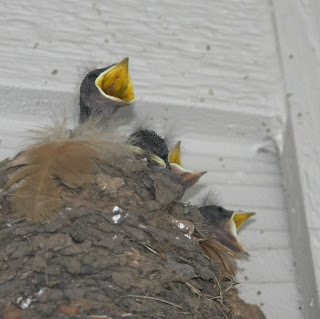 June 13, 2010
The swallows still do not have their eyes open. Here they look as though they are singing to the top of their lungs. The parents were especially protective today making it difficult to get good shots. Stay tuned.

This was a busy weekend. Saturday was our 11 wedding anniversary and a happy one, indeed. The first thing on the agenda was to visit Winding Roads Books and More in Joshua, Texas where they were having a book and craft fair. The owner, Lori Kinnard, is a highly respected book reviewer and I left "The Cherokee Advantage" with her for review. Shown in the photo below are Emily (Lori's Media Asst.), Lori and Carla. 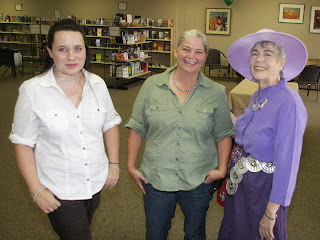 We bought two books and a lovely piece of pottery before we left. I did not buy the book I'm holding in the photo below, but I was sorely tempted by the title. 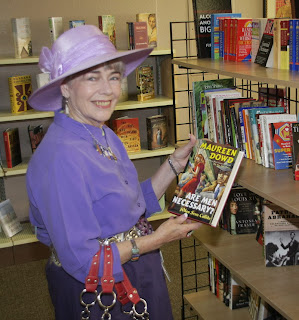 We drove home, ate lunch and packed up the car for our trip to Wills Point, Texas where we met three couples from Dallas for participation in a Murder Mystery Dinner Theater. My role was as a spoiled rich girl head cheer leader and Doug was a successful rancher. In the group photo below, Doug is far left and I am left front holding the megaphone with a blond wig on my head. 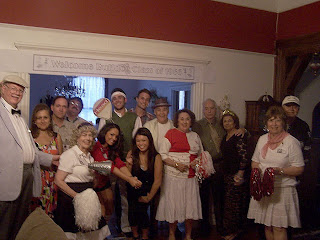 The theme for the mystery is the 45th reunion of the 1965 Bulldogs. This all takes place in the Rose Manor Inn Bed & Breakfast. This was a most interesting experience in and of itself. One could say this is bed and breakfast on a shoestring because it is like no other most of us had stayed in before. It was rustic and quaint with no frills in sight. I must say the bed was absolutely marvelous to sleep on, a large queen four poster that I needed a ladder just to climb into it.

Suffice to say, this could have been a disaster, but for the fourteen people in attendance who know how to make lemonade out of lemons. We had an absolute blast, never to be forgotten 11th anniversary as did another couple Ralph and Marjan celebrating 28 years. We played Canasta and Apples to Apples until midnight. The cost was extremely reasonable and the company exquisite. If one goes to this place without any preconceived notions or expectations, I believe they'll have a great time. The proprietor, Laura Kelley, is gracious and accommodating. 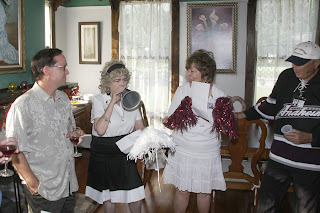 Above is Ralph (victim), Carla (head cheerleader), Geri (cheerleader) and the murderer, George.

This is all I have to say for now.
Posted by C C Crittenden at 5:51 PM