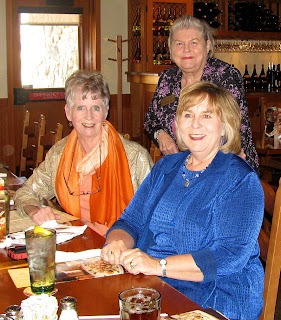 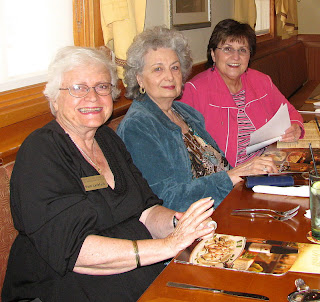 Wednesday, March 9, 2011
We continued onward and upward with our Celebration of Women Week here in Weatherford, Texas with a dozen of us meeting at The Olive Garden for lunch. This restaurant is fairly new to Weatherford and I know Doug and I were excited to see one open here. 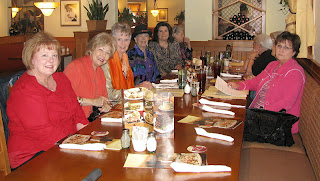 The food was, for the most part, delicious. I did hear some rumblings from a couple of the girls because the gnocchi soup had only one or two dumplings and one or two pieces of chicken in it. We surmised that maybe they were getting low on this particular kind of soup. 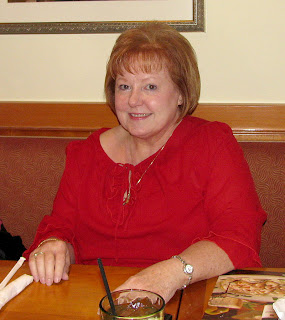 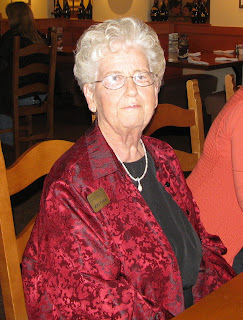 Several planned to go to a movie afterward and our waitress was taking an unusual amount of time getting our checks to us. When they were finally delivered, apparently her helper had also rung up checks and it became a quagmire of a problem. The end result is that the manager of The Olive Garden told all of us that our meal was on the house and that we could just leave. We were, to say the least, incredulous, but we all left in high spirits. See what the rest of you missed by not coming to lunch! 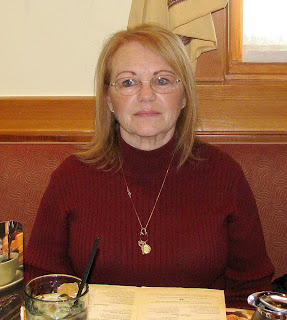 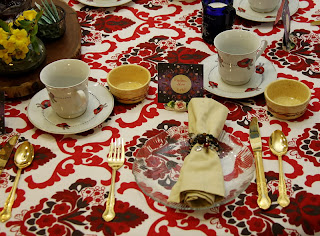 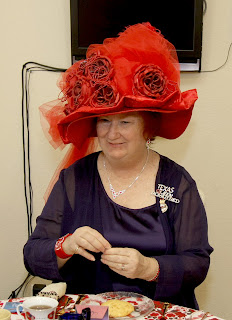 Thursday, March 10, 2011
As area Ambassador for the National Red Hat Society, I invited a newly formed chapter from Azle, Texas to our home for high tea to celebrate their new chapter, Les Angels' Purpel'. Queen Rowdy Red is their leader and a lovely one, she is. 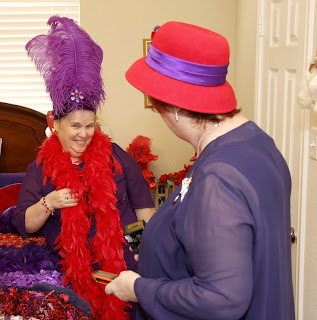 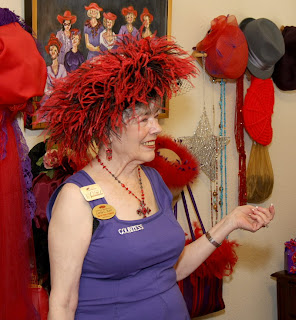 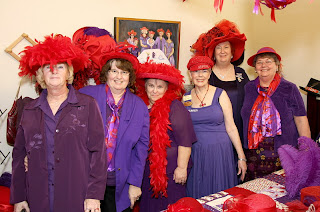 We all had fun in my hat room trying on hats and picking out one to wear to the tea. One lady even picked out a red boa to complete her ensemble. 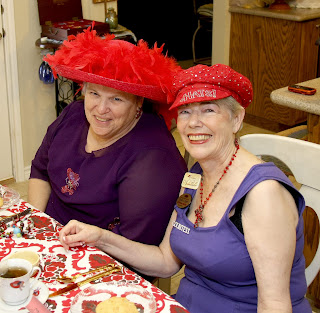 First we enjoyed apricot scones with Devonshire Cream and apricot jam, which went well with our tea. The next course was asparagus spears wrapped in prosciutto laden with Boursin cheese, cucumber tea sandwiches and Kalamata Olives. Bonnet Tea Chicken Cranberry Sandwiches were a big hit. For dessert was Cornflake Macaroons, blueberry muffins and chocolate wafer cookies. Incidentally, the recipes for this tea came from my Red Hat Society Cookbook. They have a complete section just on tea time. 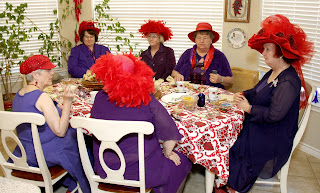 Of course, the tea was constantly refreshed as we laughed and talked about many things including how we became members and I gave more history on the founding of the Red Hat Society. Each member received her place card as a favor (a colorful envelope downloaded from Hatquarters, containing a tea bag). They also received their tea cup and saucer as a momento.

Thanks to my husband, Doug, for his able photography of our event.

This is all I have to say for now.
Posted by C C Crittenden at 4:39 PM