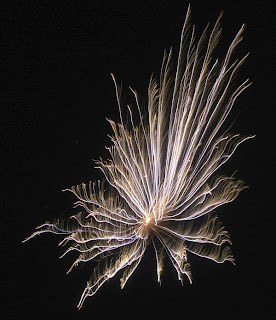 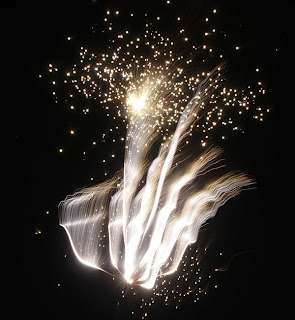 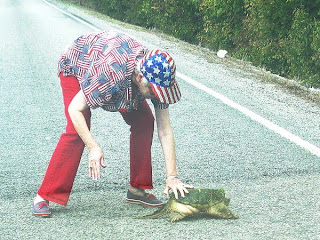 Saturday, July 3, 2010
Doug and I pack everything in the car and head for Russ and Kelley's about 4:30 p.m. As we are driving up Highway 730 towards Azle, Texas, just as we are crossing Lake Weatherford, we spot a huge turtle in the middle of the road. Doug stops the car and I get out and attempt to pick up this turtle. He probably weighs about 15 pounds and really becomes angry when I pick him up. When I feel his front flippers trying to claw my hands I put him down and try to coax him back across the road with my hand on top of his shell. He is determined to go to the other side and he turns himself around. I spy a small tree branch, pick it up and push him towards the road edge. He bites the branch several times and I note that he has a huge mouth. I finally get him far enough down the embankment that he slides all the way down to the lake water. When I get back in the car, I realize the enormity of my encounter. My heart is pounding and I am breathing rapidly. Doug had grabbed the camera and taken shots of the turtle wrangling. When we return home late in the evening, the first thing he does is pull up turtles on the Internet and looking at the photos he took, we are able to ascertain that this was indeed a snapping turtle known to be quite aggressive. I can certainly testify to this. There's an old saying that God protects babies and drunks. I believe we can add senior citizens to this. 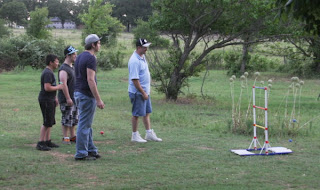 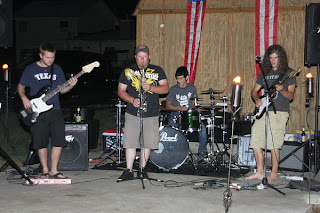 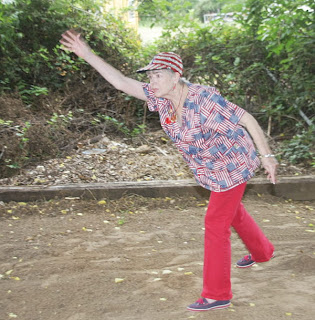 The party at the kids was marvelous. They strung clear lights through all the huge trees and had tables and chairs all set up and decorated. Russ had two barbecue grills going with brisket, hot dogs, hamburgers, bratwurst and corn on the cob roasting in them. Dessert was peach cobbler and brownies. There was a nice breeze and the weather couldn't have been more perfect. We played horse shoes, ladder ball, bag toss, darts and some of the boys played touch football. The band arrived around 8:00 p.m. and they were quite good. The genre is somewhat new in that it is Blues/Rock. The lead singer/guitarist, Johnny, has a perfect voice for this and he always plays barefooted. They also have a drummer, an excellent saxaphonist and a bass guitarist. They are known as Duece Dub and they play at various venues. Thanks guys, for great entertainment. 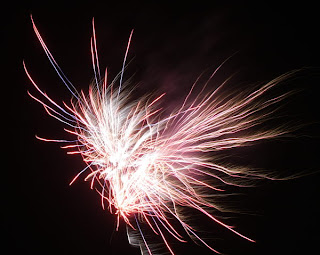 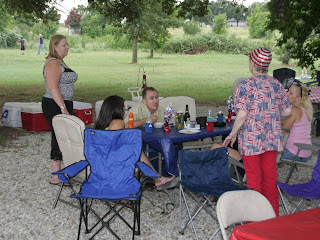 There were fireworks between band sets and at the end of the evening. See photos. We actually stayed until after 1:00 a.m. It was well after our bedtime and we were happy to get home after a fantastic party experience. Thank you Russ, Kelley and Lynne for all your hard work to make this such a memorable event. 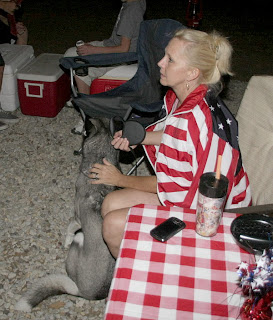 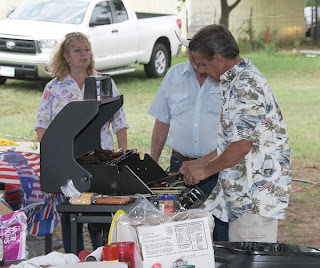 I awakened on the 4th with some kind of virus (I don't drink so it can't be blamed on bad ice) and wound up lying around all day. I didn't even have energy enough to read "Ride the Wind". Doug had to fend for himself in the kitchen. I wanted nothing to eat and finally had some saltines and a coke. I'm sure I'll be much better tomorrow.

This is all I have to say for now.
Posted by C C Crittenden at 9:36 AM