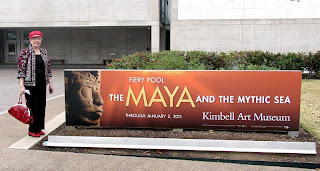 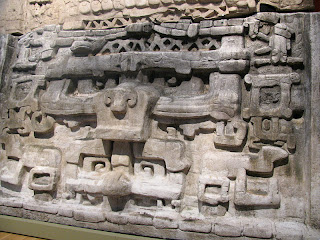 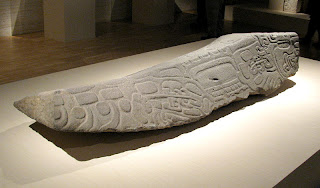 Saturday, January 1, 2011
On Thursday, December 30, 2010, Doug and I drive to Ft. Worth, Texas to the Kimbell Art Museum to view the "Fiery Pool: The Maya and the Mystic Sea" exhibit. We are not disappointed. The artifacts are exquisitely fascinating. As one enters the exhibit a huge carving covers one complete wall. Doug takes several photographs before realizing he isn't supposed to be shooting so we are fortunate to have these to show you. The long gray slab depicts a crocodile. Part of its snout is gone. 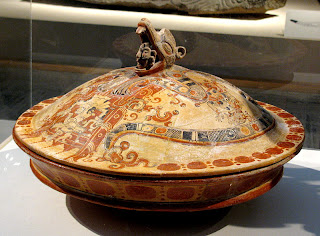 The large colorful lidded bowl with the open mouthed creature on top is a combination iguana/jaguar eviscerating humans. The three humans painted on the bowl have been chewed in half, representing the first sacrifice to create the world. 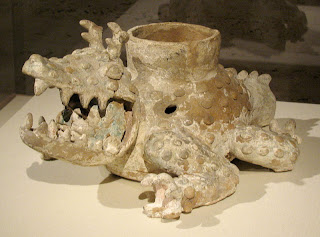 This depiction of a crocodile is a symbol of the primordial world. It contains the head of a deity in its mouth. 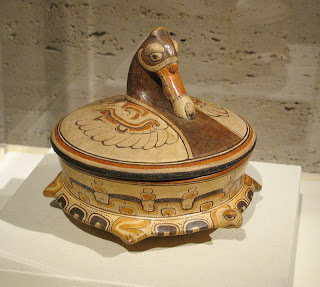 This beautifully colored lidded bowl serves as a model of the Maya conception of the world and denotes it watery origins. The earth is represented as a turtle surrounded by delicate volutes and dotted lines of orange and black that evoke lapping waves. A water bird sprouting from its back indicates the emergence of life. The bird, whose head forms the lid's handle, draws a shellfish up from beneath the waters. 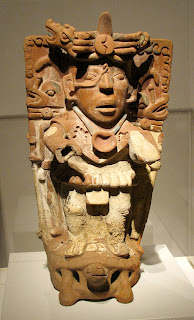 This last one is a model of a deity and is actually an incense burner. 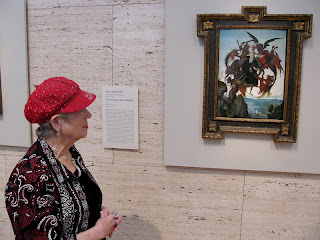 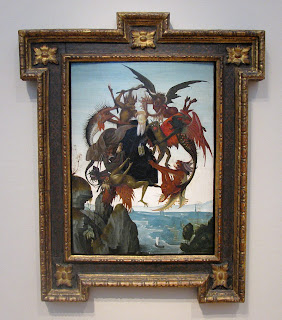 We wander over to the next gallery to get a look at Michelangelo's first painting, "The Temptation of St. Anthony". It is indeed astounding for the artist to have created this between the ages of 12 and 14 and The Kimbell feels most fortunate to have acquired this important work.

Walking all around the museum makes us hungry and we drive to our favorite place for veggie burgers, "Tommy's". The place is unusually packed and we wait about 45 minutes for our food. It is worth the wait.
___________________ 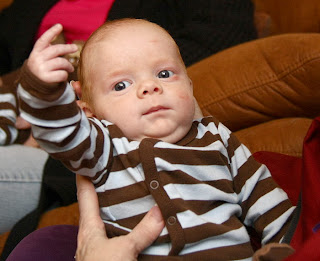 December 31, 2010, New Year's Eve
My daughter, Lynne fell heir to hostessing the NYE party this year. I help as much as possible by making black eyed pea and ham soup and Cowboy Caviar (also made with black eyed peas) along with a large pan of cornbread. For those of you unaccustomed to southern traditions, it is considered good luck to eat black eyed peas on New Year's Day and just about everyone has black eyed pea something at the stroke of midnight. 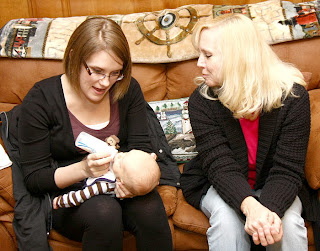 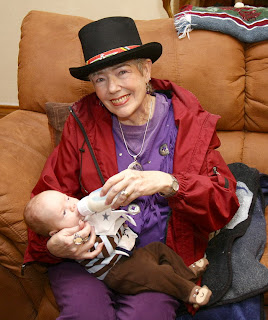 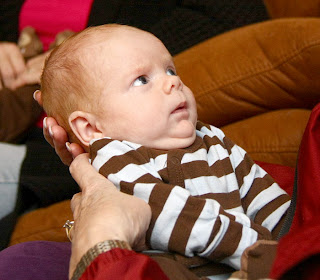 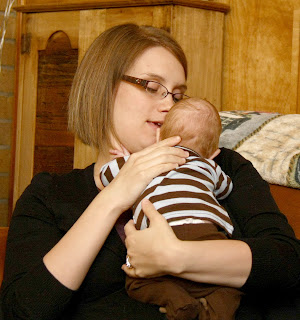 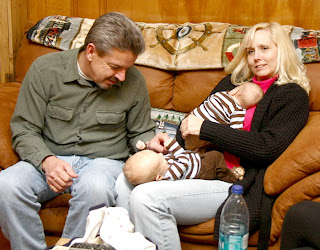 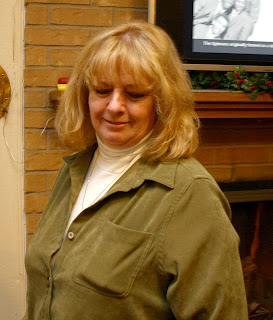 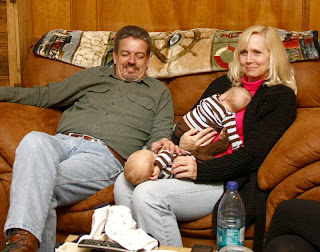 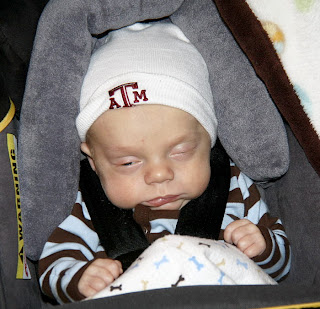 As you can see by the photos, the twins are stars of the show as we eat and watch the ball drop in Times Square. We "old folks" managed to hang in until midnight and then make our drive home to Weatherford from Azle, Texas. It's really only a 20 minute drive between houses.

Happy New Year everyone! Hope 2011 is a good year for each of you. We are coming up on the Chinese Year of the Dragon and this is supposed to be a good omen. Let us hope.