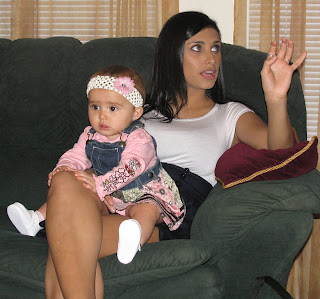 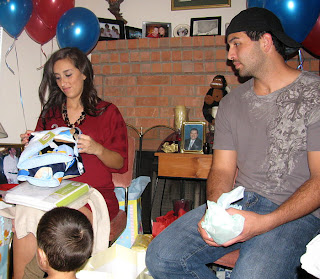 Monday, November 29, 2010
I'm back to writing after some very busy events. I attended a baby shower for Ethan in the home of his soon to be great grandmother. The shower was hosted by Cat's mother and sister. The games were so much fun and I just had no idea how many new games are available for baby showers. Cat and my grandson Andrew decided to let her little son Landon open the gifts and he had a great time. Ethan is due around December 15 and he will be my sixth great grandchild! I think we are out of the baby making business for a while. 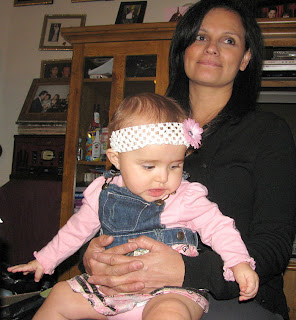 Sunday, November 14, 2010 I volunteered to serve refreshments for the blessing of the new building that is the new home of Freedom House. It was a lovely event with excellent attendance and two ministers sharing the blessing. 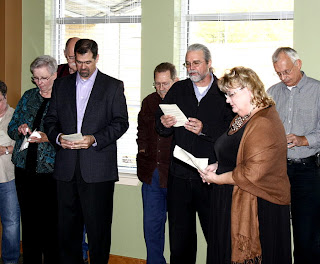 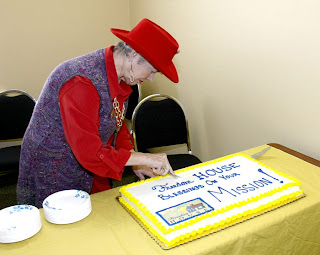 Then, on the following Tuesday was the ribbon cutting ceremony and there were several hundred people taking part. Executive Director Catherine Tietjen made a short informative speech thanking all those who made this happen with their time, talent and money. 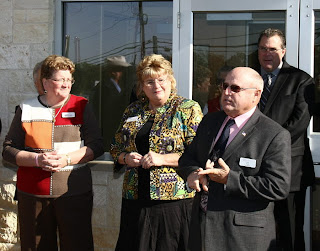 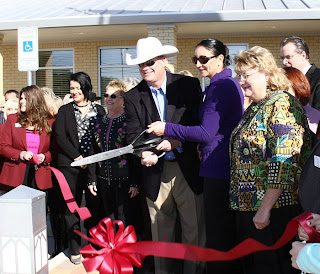 They greeted visitors all day with delicious refreshments and tours of the building. This is such a blessing to the people of Weatherford and I feel especially honored to be a part of its mission. 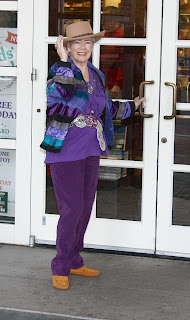 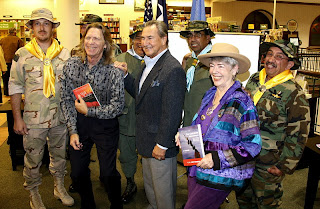 The American Indian Chamber of Commerce of Texas (AICC) sponsored a literacy event spotlighting several members and their talents. Cherokee filmmaker Steven Heape presented his latest documentary, "Don't Get Sick After June: American Indian Healthcare"; August Schellenberg, a Mohawk who played famed Indian chief Sitting Bull in the movie, "Bury My Heart at Wounded Knee" and who helped narrate Heape's film; Cherokee Anne Buse who regaled the group with tales from her childhood and James Daniel Yellow Hawk Snow, a master maker and virtuoso player of Native American flutes who played taps in honor of fallen American service members after the colors were presented by the Renegade Nation Color Guard representing various tribes. 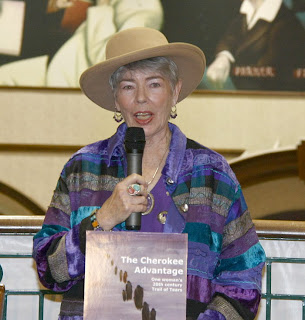 I was the featured author with my memoir "The Cherokee Advantage" written under my maiden name C. C. Crittenden. I read passages from my book and talked briefly about why I wrote it. 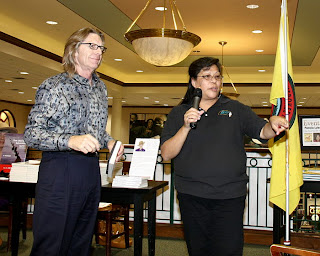 The event received support from numerous area businesses and was organized by Executive Director of the AICC, Tosawi Marshall, a Comanche.

I was thrilled to see my Dallas friends who came out for the event. It seems that 65 miles is a long way to visit anyone very often. Thanks to all of you for your support. 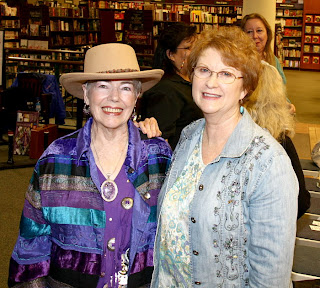 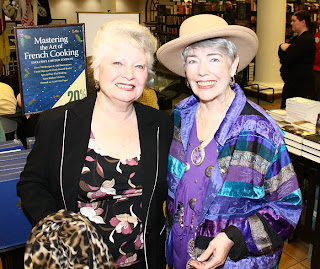 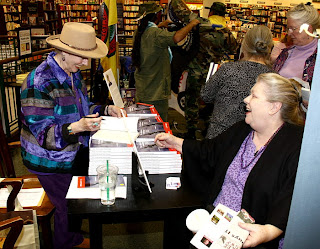 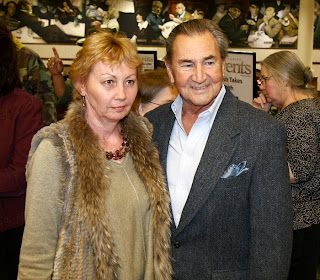 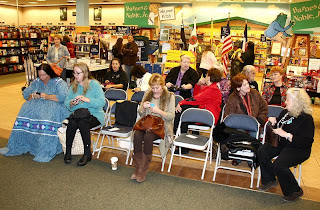 And last, but by no means least, is a photo of my publicist, Mary Stoddard with me. She is such a cute gal and has worked hard for me. Thanks, Mary. 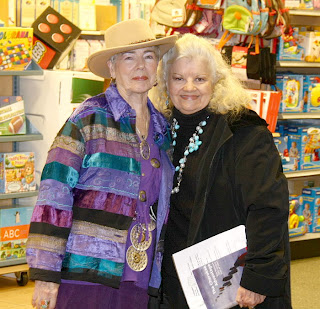 This is all I have to say for now.
Posted by C C Crittenden at 5:18 PM