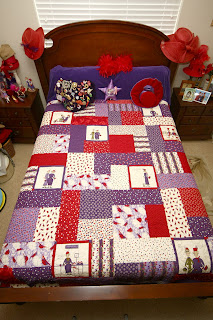 Sunday, October 3, 2010
We did indeed attend the Weatherford/Parker County Quilt Show and it was bigger and better than ever before. For the first time, they set up in the Parker County Sheriff's Posse building where they have more room for display of the magnificent quilts men and women created. I spot a lovely regular size quilt made by Dianna Carter especially for Red Hatters. (See Photo) It is now on the bed in my Red Hat/Guest Room.

This same date (September 25, 2010) we are invited to be the guests of Barbara Farley at the Theater Off The Square (TOTS) Starlight Awards Gala taking place in a banquet room of the Fire Oak Grill on the square in Weatherford, Texas. Unfortunately, Barbara becomes quite ill, calls and earnestly suggests that we attend without her since the reservations are made. 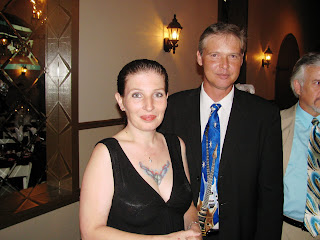 For all intents and purposes, one could call the TOTS Awards Gala Weatherford's answer to Hollywood's Oscar night. The only thing missing is the red carpet and more paparazzi. We walk in and over to an almost empty table with one gentleman occupying a chair. I ask if the table is saved. He invites us to sit down. It turns out that he is none other than Ray Shannon who wins the award for Best Director for "Southern Hospitality". 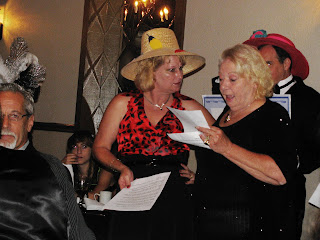 The dinner is buffet style and quite delicious. The desserts are to die for. We enjoy interacting with Ray and two ladies sharing the table. Steve Markwardt is a charming Master of Ceremonies as well as having a marvelous singing voice and he entertains with a medley of songs to kick off the awards portion of the event. Vignettes of the past season are presented by various actors between award presentations and are quite entertaining. Doug only has the small camera with him so photos are hard to get, but shown here are some of these. One is Holly Kiehn winning Best Actress in a Minor Role in "The Wizard of Oz" and, of course, our tablemate Ray Shannon. The overall Best Production of the 2009-2010 Season is "The Wizard of Oz" with several actors winning awards for their acting in this winning production. 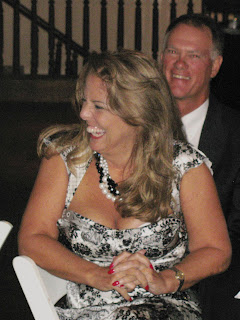 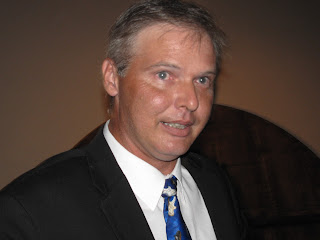